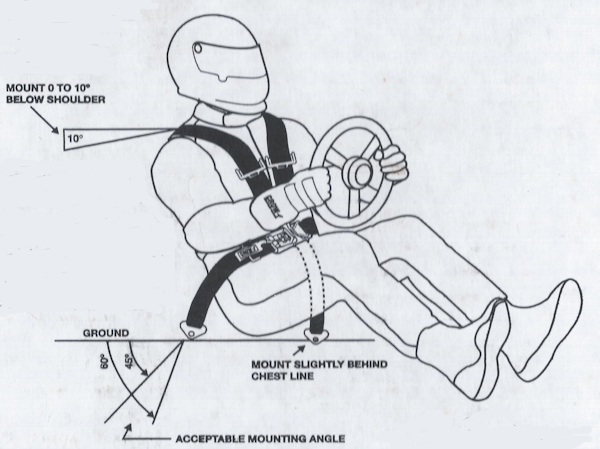 The length of seat belts should be fitted as short as possible as all webbing will stretch in an accident. The amount of stretch is dependent on the load and the length of the belts the load is applied to. Obviously the less stretch the better it is to contain the driver fully in the seat. Nylon belts will stretch more than Polyester webbing belts.

For shoulder belts the mounting should be as close as possible after the belt passes through the seat. This will also allow the correct positioning of the belts so the driver is pulled back in the seat and not down in the seat. Follow the manufactures instructions on the correct angle from the shoulders to the mounting point which should be between 0 and 10 degrees.

In the photo below the belt anchoring points are a long way from the back of the seat. Note also the belts have not been threaded securely through the three bar slider hardware and the excess webbing is not nicely rolled up and out of the way. 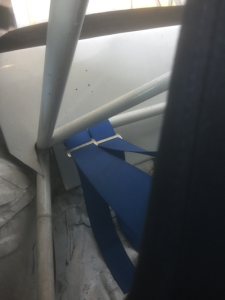 In the second photo below you can see this race vehicle has provision for the seat belts to be mounted directly behind the seat, but uses this bar for the correct angle only. The belts would be better shortened up and wrapped around this bar. 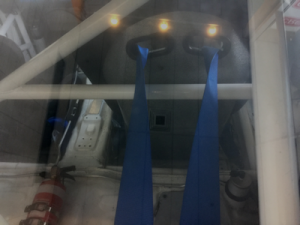 Login
Back to Login Register